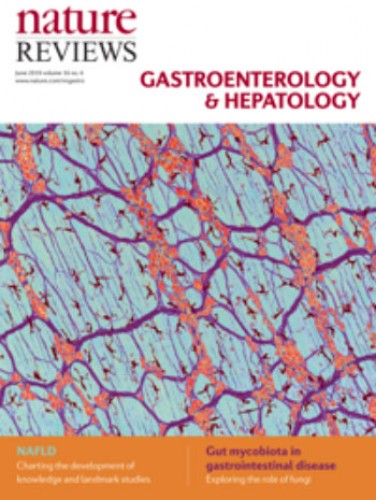 The gut microbiota is a dense and diverse ecosystem that is involved in many physiological functions as well as in disease pathogenesis. It is dominated by bacteria, which have been extensively studied in the past 15 years; however, other microorganisms, such as fungi, phages, archaea and protists, are also present in the gut microbiota. Exploration of the fungal component, namely, the mycobiota, is at an early stage, and several specific technical challenges are associated with mycobiota analysis. The number of fungi in the lower gastrointestinal tract is far lower than that of bacteria, but fungal cells are much larger and much more complex than bacterial cells. In addition, a role of the mycobiota in disease, notably in IBD, is indicated by both descriptive data in humans and mechanistic data in mice. Interactions between bacteria and fungi within the gut, their functional roles and their interplay with the host and its immune system are fascinating areas that researchers are just beginning to investigate. In this Review, we discuss the newest data on the gut mycobiota and explore both the technical aspects of its study and its role in health and gastrointestinal diseases.