Adenosine triphosphate binding cassette transporter, subfamily B member 4 (ABCB4) is the transporter of phosphatidylcholine at the canalicular membrane of hepatocytes. ABCB4 deficiency, due to genetic variations, is responsible for progressive familial intrahepatic cholestasis type 3 (PFIC3) and other rare biliary diseases. Roscovitine is a molecule in clinical trial that was shown to correct the F508del variant of cystic fibrosis transmembrane conductance regulator (CFTR), another ABC transporter. In the present study, we hypothesized that roscovitine could act as a corrector of ABCB4 traffic-defective variants. Using HEK and HepG2 cells, we showed that roscovitine corrected the traffic and localisation at the plasma membrane of ABCB4-I541F, a prototypical intracellularly retained variant. However, roscovitine caused cytotoxicity, which urged us to synthesize non-toxic structural analogues. Roscovitine analogues were able to correct the intracellular traffic of ABCB4-I541F in HepG2 cells. Importantly, the phospholipid secretion activity of this variant was substantially rescued by three analogues (MRT2-235, MRT2-237 and MRT2-243) in HEK cells. We showed that these analogues also triggered the rescue of intracellular traffic and function of two other intracellularly retained ABCB4 variants, i.e. I490T and L556R. Our results indicate that structural analogues of roscovitine can rescue genetic variations altering the intracellular traffic of ABCB4 and should be considered as therapeutic means for severe biliary diseases caused by this class of variations. 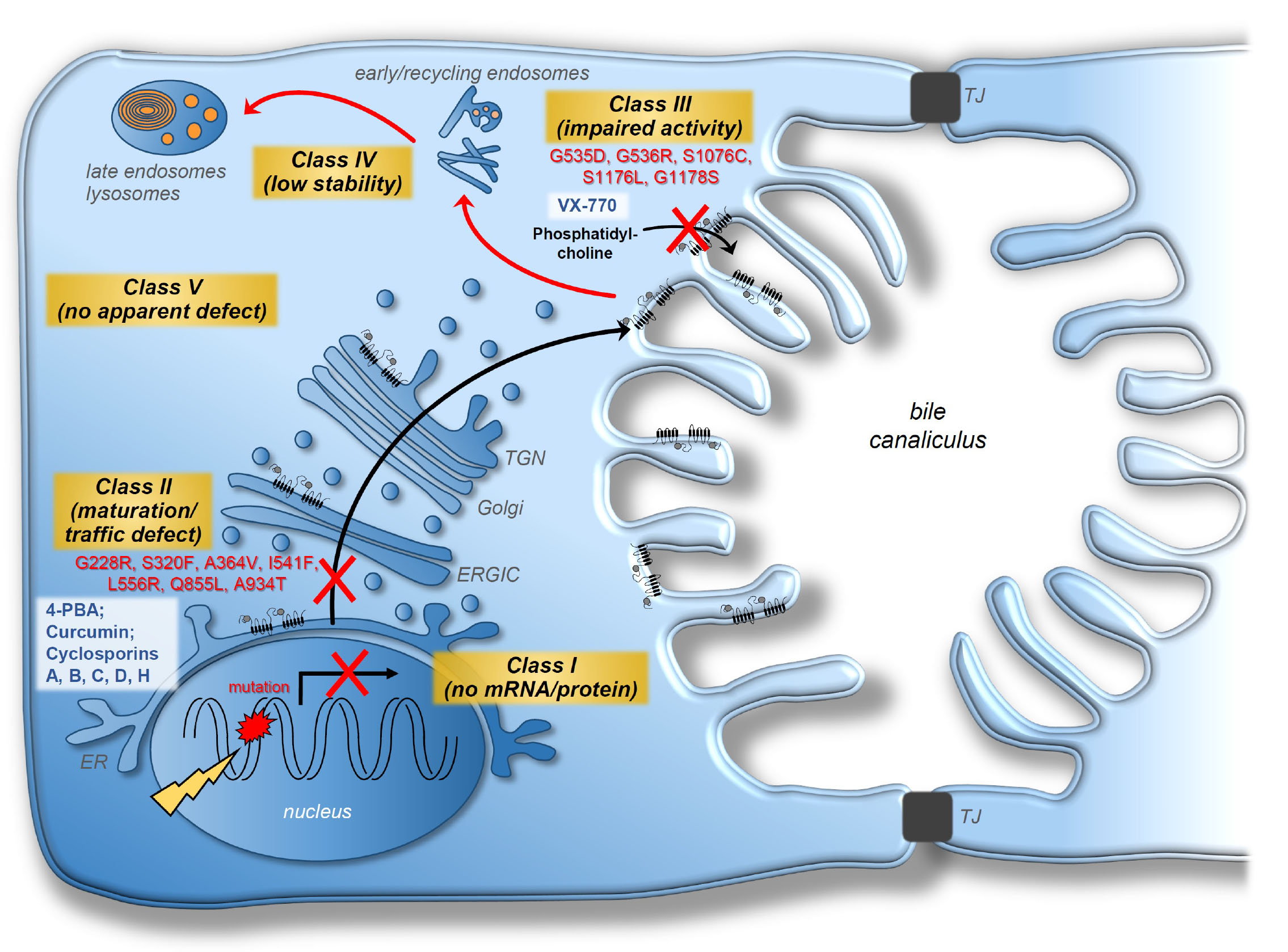