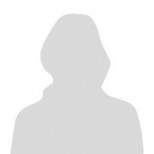 Osteoarthritis (OA), a degenerative disease primarily affecting diarthrodial joints, afflicts 6M people in France, with a global prevalence of disease recently estimated to exceed 250M. Overall, diarthrodial/spinal OA is the most prevalent cause of disability, surpassing the next four medical disorders combined, with annual medical expenditures exceeding 3.4 billion €, a doubling in 10 years. Unfortunately, the only clinically accepted treatment strategies are palliative, with no disease modifying OA drug approved for use in humans. Thus an effective treatment for OA is a critical unmet need

Our team associates physiologists, cell biologists, biochemists, rheumatologists and orthopedic surgeons devoted to find new therapeutic targets in osteoarthritis (OA). For this objective, we take advantage of the recent knowledge about the pathophysiology of the disease:

Based on these recent discoveries, our main projects currently under investigation are:

1- Finding novel mediators involved in the disrupted communication between cartilage and the subchondral bone that could be therapeutic targets.

Osteoarthritis (OA) is characterized by a pathological remodeling of the osteochondral junction, which is pivotal in cartilage disappearance and subchondral bone sclerosis. This remodeling can be explained by a pathological reactivation of the endochondral ossification process, including a hypertrophic differentiation of chondrocytes, a mineralization of the cartilage matrix, and enhanced angiogenesis and a resorption of bone followed by new synthesis. The project investigates cell and molecular determinants involved in OA osteochondral bone remodeling. On one hand, we aim at determining factors acting on chondrocyte hypertrophic differentiation (collaborative project granted by SFR) and those produced by hypertrophic chondrocytes, which can impact both angiogenesis and osteoclastogenesis (I. Toillon’s PhD granted by ARDoC program). On the other hand, we are studying the consequences of an excessive mechanical load on the angiogenic activity of osteoblasts. We are also investigating the role of bone marrow adipose tissue (adipocytes and mesenchymal stromal cells) (grant from the SFR Network program and N. Zapata’s postdoc granted by FRM). Our published and unpublished data indeed suggest that intra-articular adipose tissues are new tissue players involved in OA (grant from Ramsay Générale de Santé). We are also developing in collaboration with a chemist (Dr. J. Landousli) a new approach based on atomic force microscopy in order to analyze the structural modifications of the osteochondral junction in OA (grant from IPV – Sorbonne Université program for the PhD of I. Jaabar).

Role of 14-3-3: Recent studies have shown the implication of the innate immune system and low-grade inflammation in OA progression. Our team identified 14-3-3ε as a new catabolic factor, produced by the subchondral bone and able to induce a catabolic phenotype on chondrocytes. We discovered that these effects are mediated, at least in part, by TLR2 or TLR4 signalling, leading to the activation of innate immunity as others alarmins. Moreover, innate alarmins can stimulate the activation of resident immune cells of the synovium, particularly macrophages leading to synovitis. We found that polarization of macrophages stimulated by recombinant 14-3-3ε seems to polarize them toward a M1 inflammatory phenotype. Taken together, our results designate 14-3-3ε as a novel alarmin in OA, triggering catabolic and inflammatory effects through TLRs signaling. This new alarmin candidate could represent a new target either for therapeutic and/or prognostic purposes.

2- Determining the role of inflammatory/metabolic/neuronal external cues on inter-tissular miscommunications that could be manipulated for therapeutic purposes.

Metabolic OA phenotype (1): Considering the association between metabolic diseases and OA (2-5), we aimed to decipher why OA is more frequent and more severe in patients with type 2 diabetes mellitus, participating thus to the metabolic diseases-associated OA phenotype. Using cartilage explants from diabetic and non-diabetic patients, we demonstrated that the anti-oxidant axis Nrf2/HO-1 is defective. This phenomenon is also observed in cultured murine chondrocytes subjected to high or normal glucose exposure. The impairment of Nrf2/HO-1 is responsible for a more pronounced inflammatory phenotype of chondrocytes, elevating thus the level of chondrocytic inflammation.

Ageing-related OA phenotype (6): Accumulation of advanced glycation end-products (AGEs) during tissue ageing is part of the ageing-related OA phenotype by modifying the biomechanical properties of cartilage and by inducing chondrocyte activation. We have found an age-dependent accumulation of AGEs, notably CML (Nε-carboxymethyl-lysine) in OA cartilage. Such a phenomenon could be due to a chondrocytic impairment of the adaptative mechanism of Glo-1, a detoxifying enzyme that eliminates glyoxal, the precursor of CML. This impairment of Glo-1 enzymatic activity could be due to IL-1-related inflammation.